# The Hierarchy of Reasoning

The Hierarchy of Reasoning is about answering the following question: What the hell is this thing I am looking at. It is a hierarchy because people don’t look at something and download the relevant information in one giant chunk. We pull it in, piece by piece, and slowly build our Mental ModelThe player's vision in their mind for how things work. Often this will be different than how it actually works. for what it is and how it functions. There are a great many resources that will discuss the science behind AffordanceThe properties of an in-game object or mechanic that imply or communicate how the player should best use it. An axe implies, or 'affords' a downward motion to the attack, while a small dagger 'affords' a stabbing motion. and models, but speaking practically, it helps to think of it as a three tiered process.

# The Tiers of Reason

The Hierarchy of Reasoning is a visual language for speaking to the player. Each level in the hierarchy is about asking that single question–what am I looking at–yet receiving ever more detailed answers.

Do not think, however, that The Hierarchy of Reasoning must be defined visually. You can define them through sound just as you can though color. Imagine a game where you play an English assassin, for example. You have been sent to the German consulate, and your task is to take out their ambassador. Given this, the sound of two Germans having a conversation is a clear read that you have a threat nearby. So what exactly defines the parts and pieces that make up the hierarchy?

# The Tools of Reason

The tools of observation are independent of the hierarchy. You use tools to build your hierarchy, to paint it, and you can paint in both broad strokes and fine details.

There are four major tools you can use to build your hierarchy.

Let’s take an example from vanilla World of Warcraft. Imagine you are a horde rogue and out of the corner of your eye you spot some movement:

It seems simple — as do most well executed things — but this simplicity belies the masterful execution. At every step in the hierarchy they give you a little bit more information, and, in most cases, you can define not just the CLASS you are facing, but also the specific talent SPEC you are facing. When you consider that there are numerous races, and each race can be several classes, and each class can spec different ways, yet the player is still able to understand what he is looking at… that is premier execution of the Hierarchy of Reasoning. 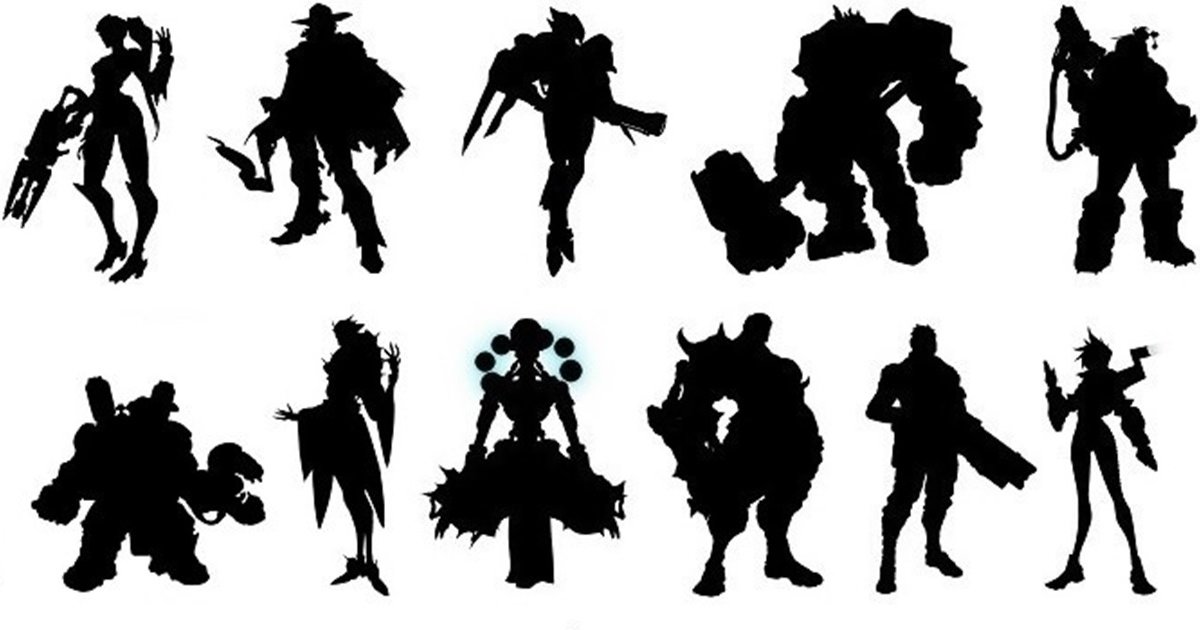 Let’s study another example. Say I’m making a game with both humans and robots. For differentiation I make the decision that all Robots are going to be triple jointed in the legs. That is going to affect the motion and presence of every single member of the robot cast. That is HUGE. This choice gives a clear primary clue indicator to every single robot in the game.

Additionally, let’s say the robot faction has two bipedal enemies: a generic soldier and a captain soldier. The captain, to further differentiate him, includes a cool spinning command orb in his chest. Here we have added some motion to the captain solder that will probably be missed on a primary clue, but will be picked up when the player begins to focus on him.

Motion, as you can see, works on multiple levels, not just primary, and the same is true for all the tools. It’s important to understand that these tools are independent of the hierarchy that you are trying to build.

I know it feels that I’m straying a little far from system design here, but you have to understand that you can’t decouple this knowledge from the systems you are building. And, most certainly, I don’t think you should take this knowledge and go running to your concept artists and animators demanding changes. Don’t be an ass. This knowledge allows you to start a conversation. One that, hopefully, has a mutual footing you both share.

← The Hierarchy of Experience Moment of Evaluation →